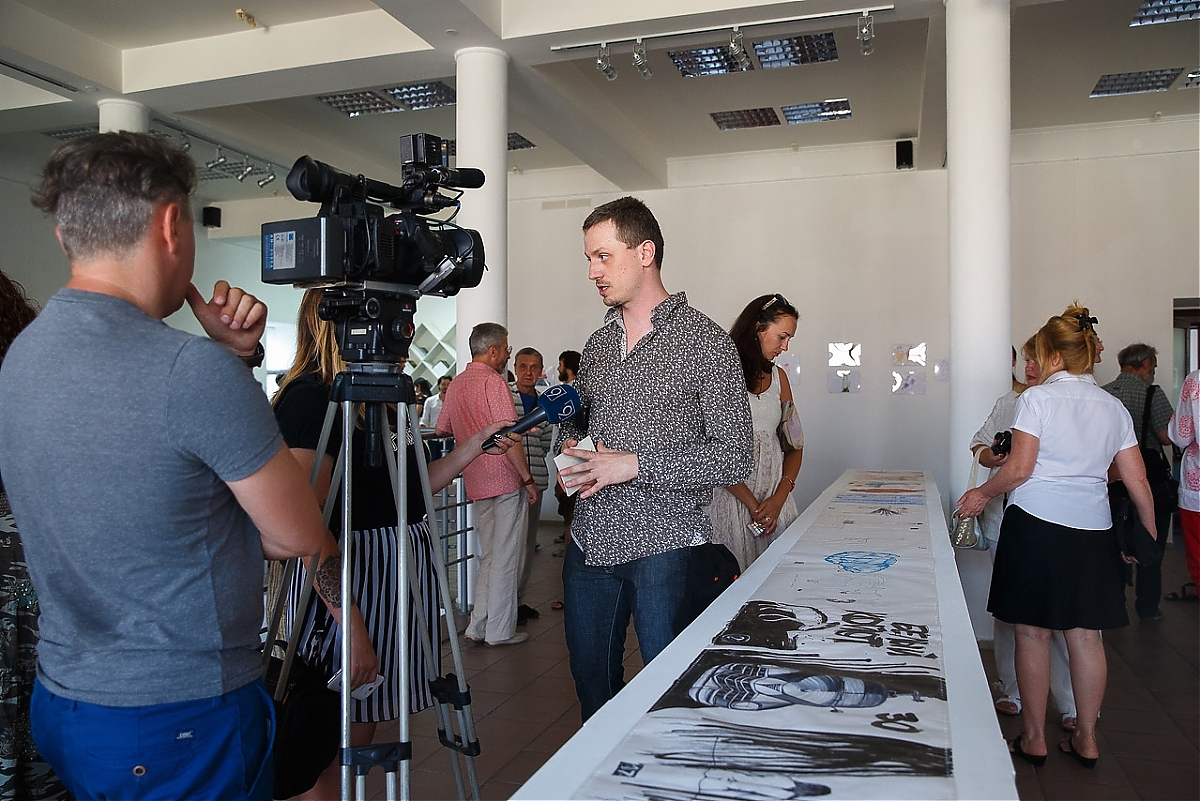 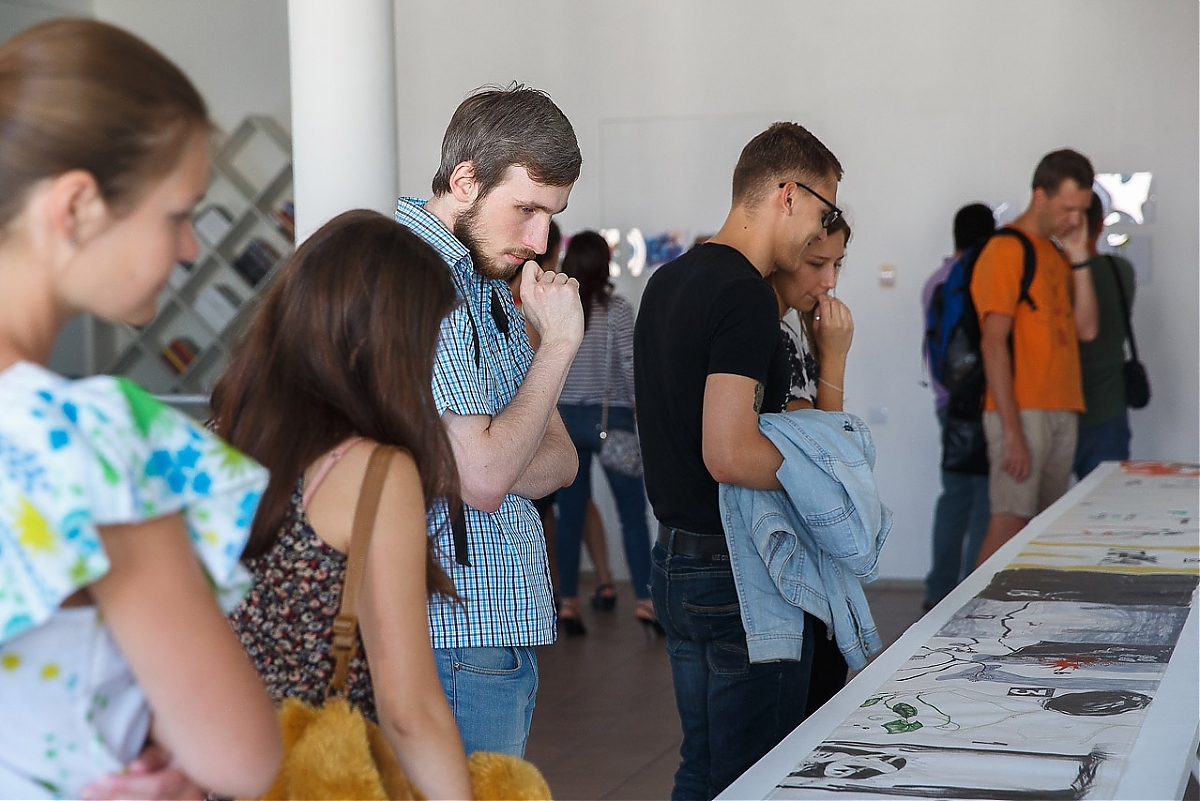 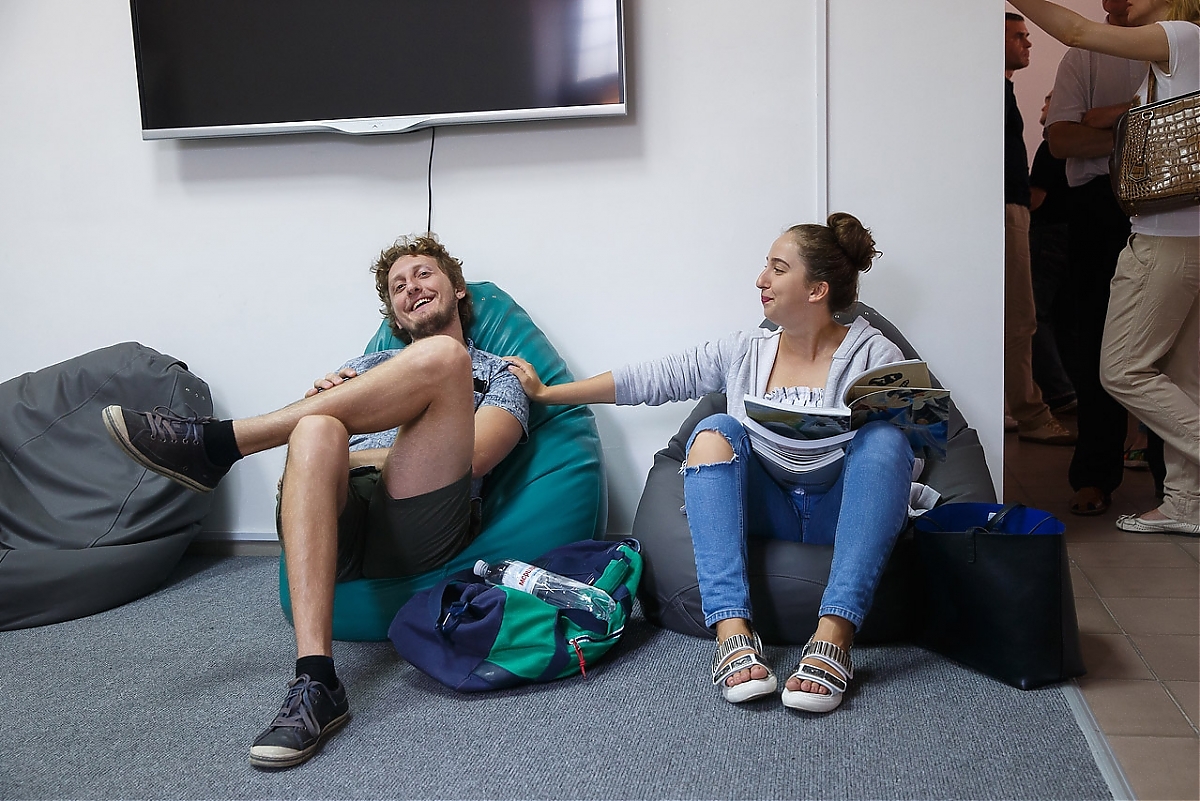 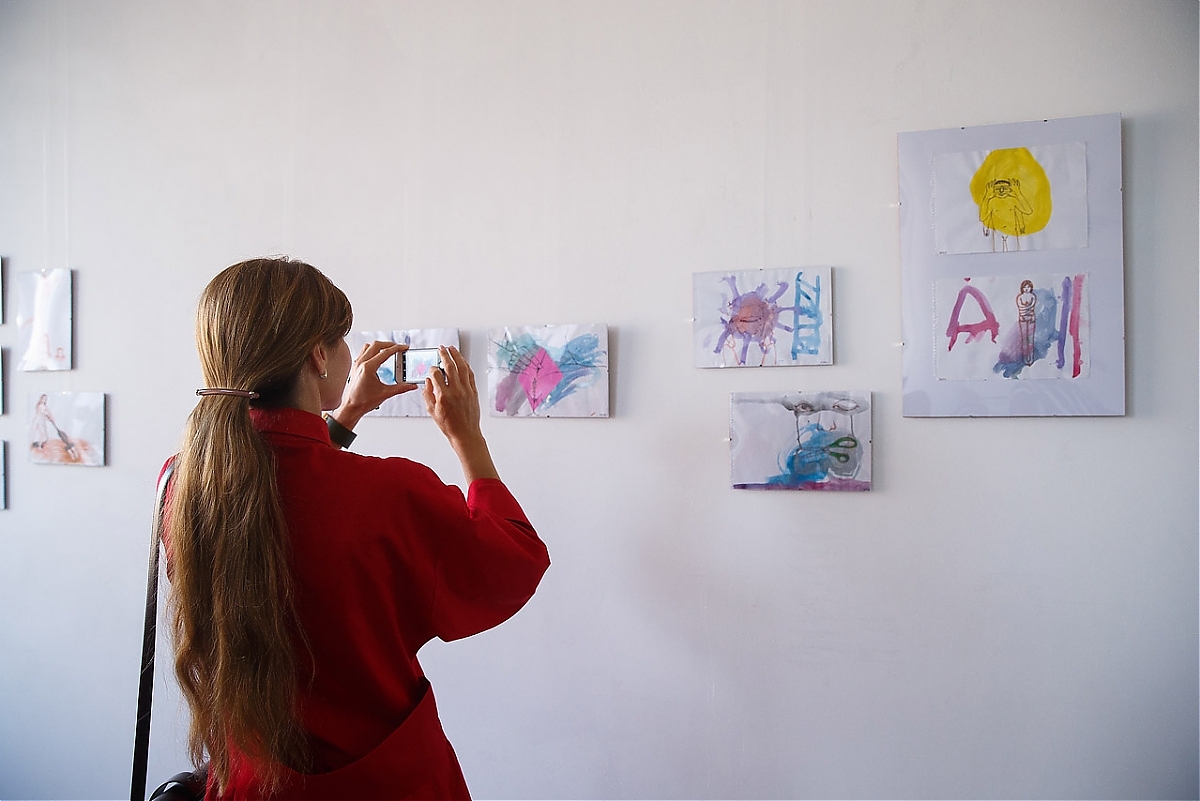 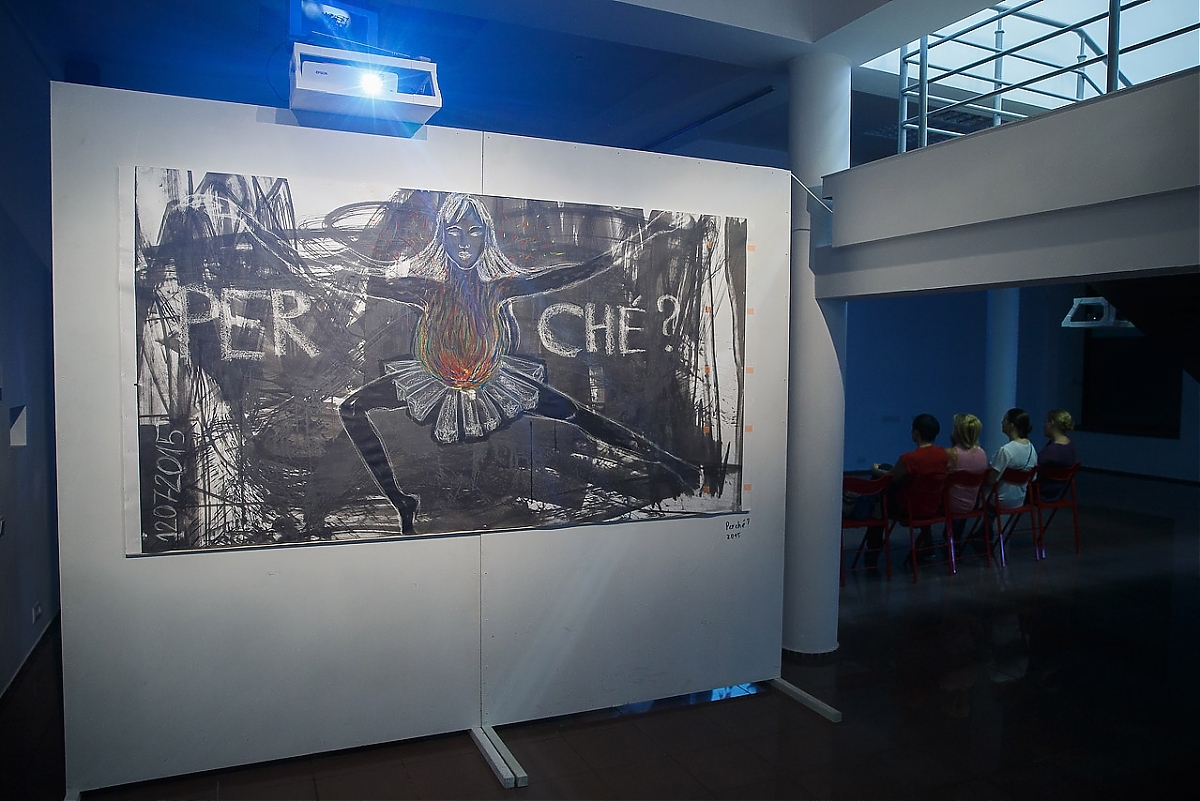 The project represents graphics and video made by a young artist, who appeared on facebook in 2012 as an anonymous art project called Kinder Album. This is the first artist's major personal project in Ukraine. 'QUI PRO QUO' in Latin means confusion associated with the fact, that someone or something is being taken for someone or something else. 'QUI PRO QUO' is a phraseology, that is often used with a comic flavor, and it is also synonymous with a story, case, misunderstanding, occasional, and accidents.

Kinder Album's graphic works are "mounted" in separate stories, which represent the key themes artist discloses: mature, loneliness, sanctity (Kinder draws all her characters exclusively naked), sex, relationships, death. The project will also feature Kinder Album videos, and especially for the exhibition in the Artsvit gallery the artist will conduct a performance, that will be filmed and featured within the project. The exhibition will also feature "Blog" – a 30-meter roll with daily sketches about the artist's life. It resembles non-fiction series about a girl, who checks her life for strength.

Kinder Album reinterprets the Baudrillard’s hyperreality theory in her own stories, experienced or heard,  without distinction. After all, as a result, everything is confused and anyone can be in character’s shoes. "It is not about imitation, nor about repetition, nor even about a parody. We are talking about a substitution, the replacing the real with the signs of the real "(Jean Baudrillard," Simulacra and Simulation ").

Lyolya Goldstein and Maria Khrushchak, the project curators: "If you look at the Kinder’s figures of adults – such unreasonable men and women – you find a certain charm in the repulsive version of the “homo facebookus” she invented. Kinder’s interpretation of beauty, perhaps, is the only acceptable one of the remaining: when the sudden blend of childish watercolors, red blood and black contours of the figures suddenly sink into your mind. Kinder’s works have a lucky combination of metaphorical and earthly attachment to the forms and themes that it is customary to live online. This combination makes her work large, but not pathos, realistic, but not literal, filled with social meaning, but not didactic. For Ukrainian art, this is a new language, which we read unconsciously, guessing ourselves with our fears, disappointments and sexual fantasies."

In June 2015, the Kinder Album ‘War. Personal. (Transcription)' project, which included 25 graphic works, was presented by the Artsvit Gallery at the International Art Fair of Modern Art, Art Vilnius'15. Also, Kinder Album was included in this year's PinchukArtCentre Prize Shortlist.