MARK MILOV. AT THE PLACE OF RESIDENCE 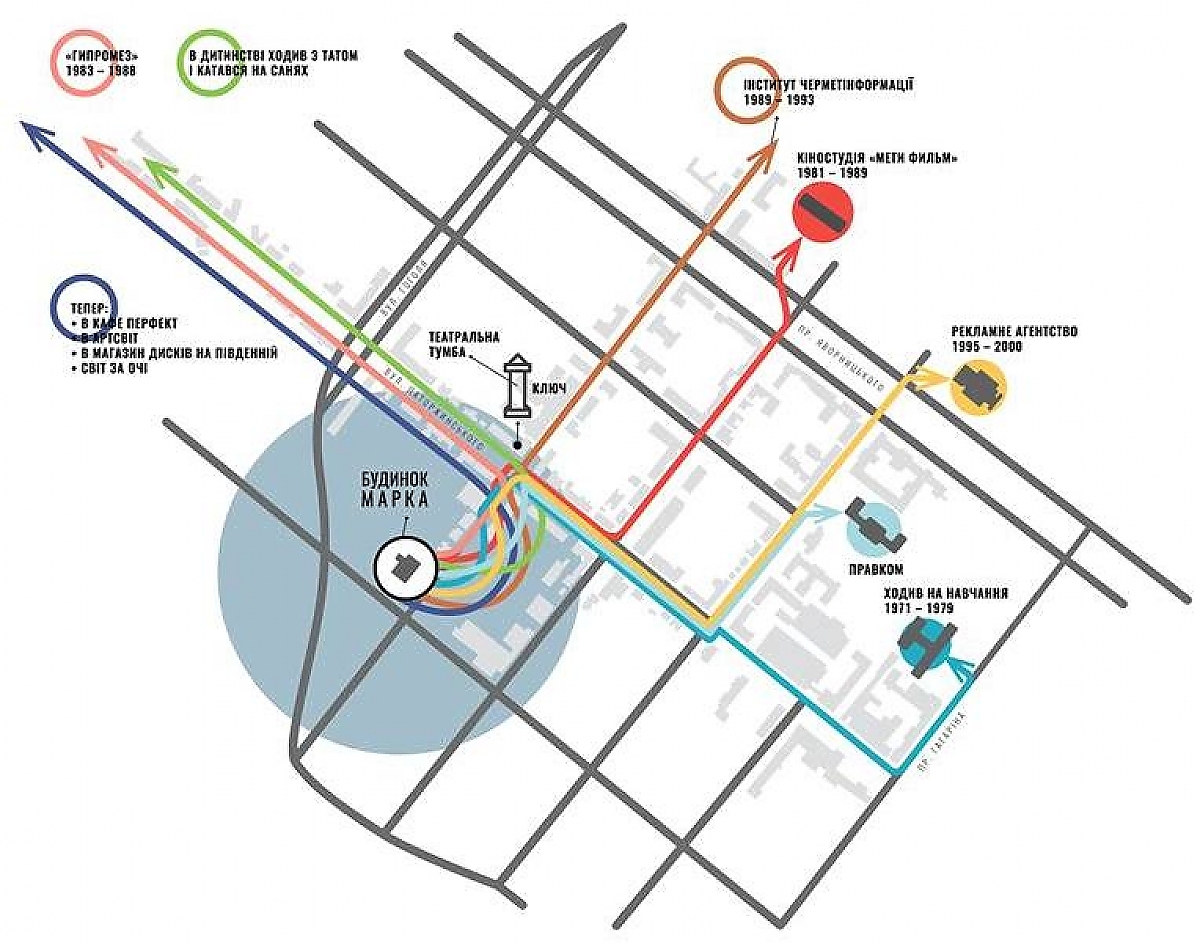 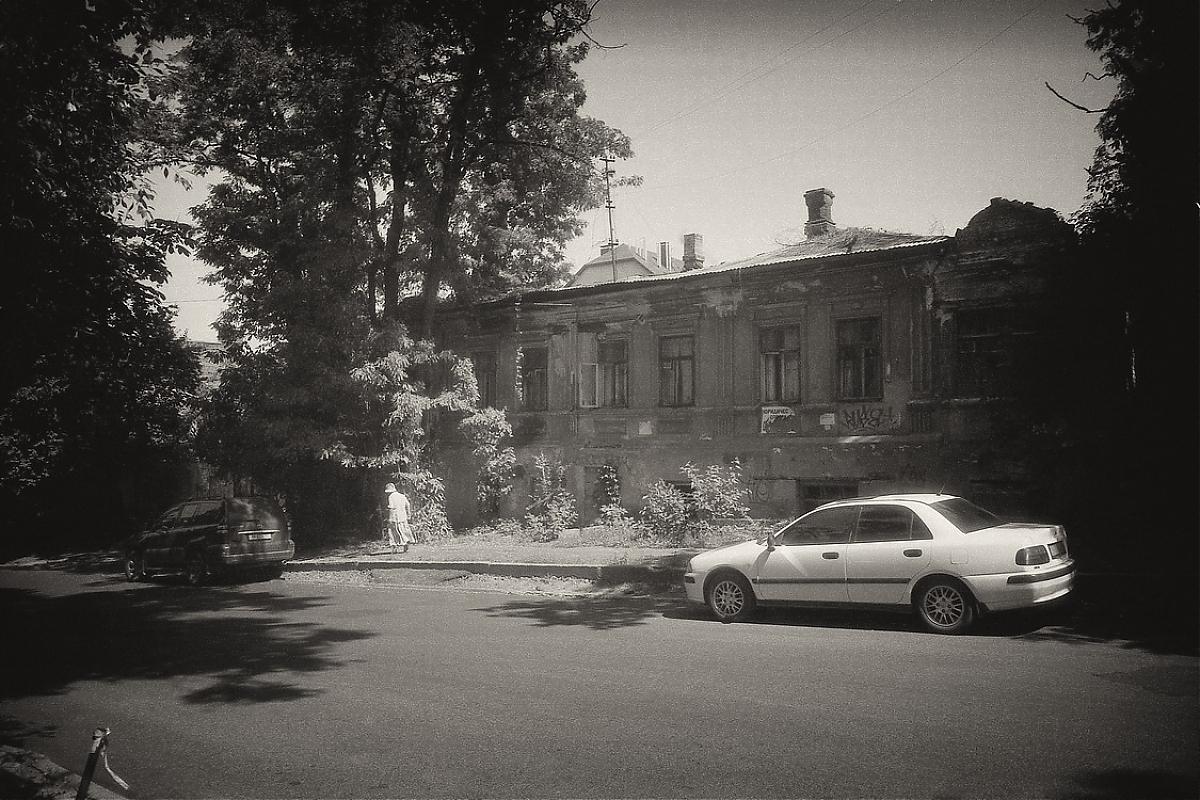 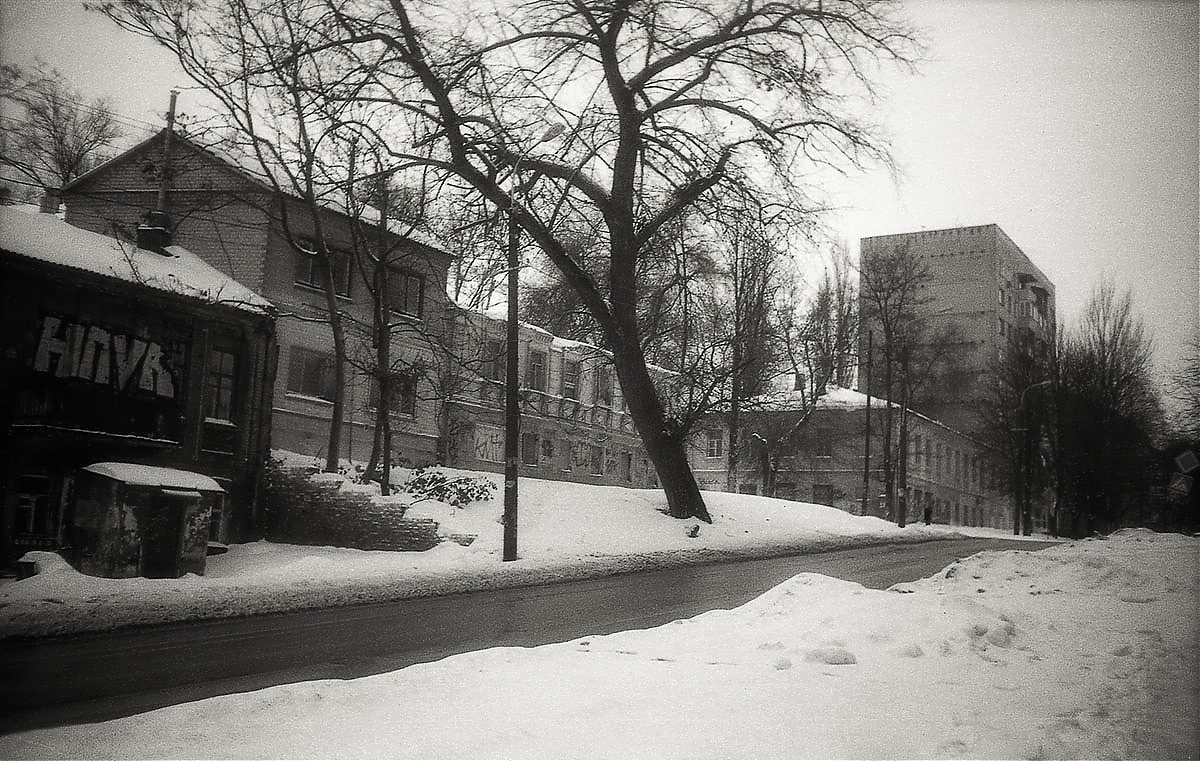 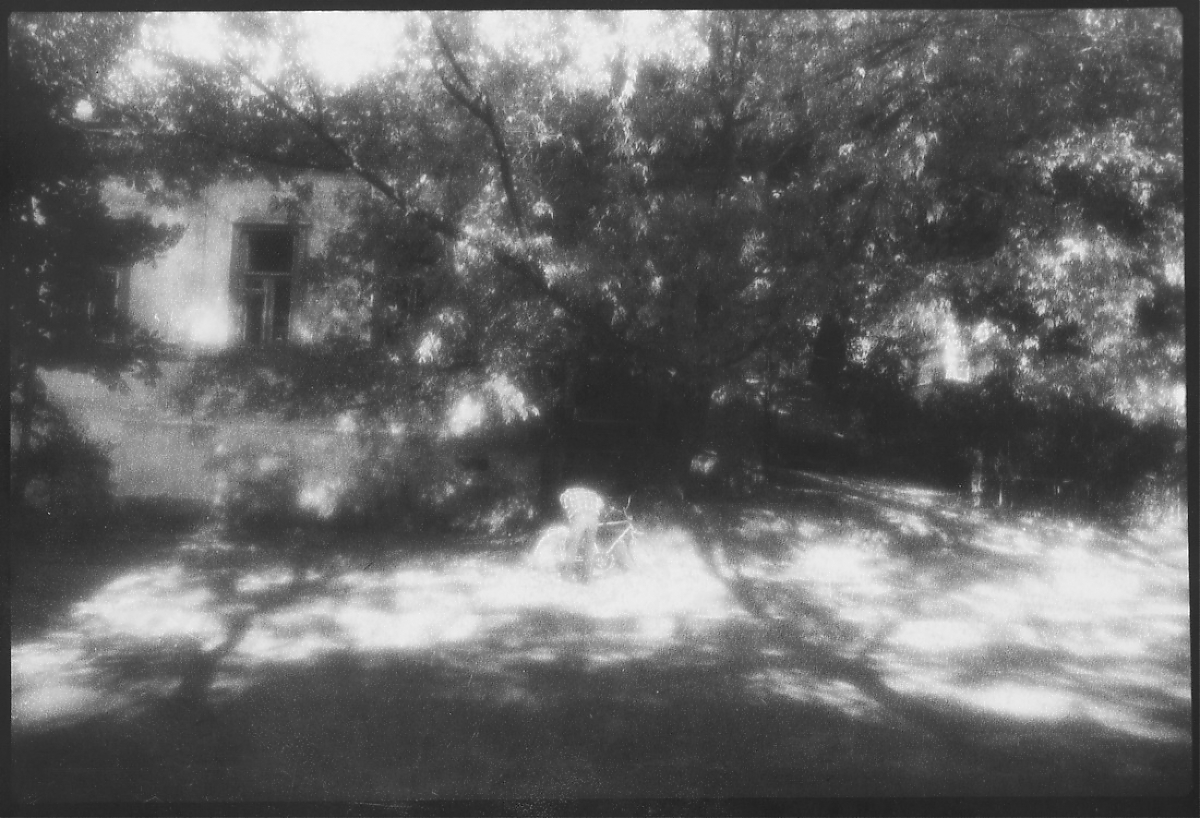 Continuing the research made by the Dnipropetrovsk School of Photography (DSF), the ArtSvit Gallery presents a personal project by Mark Milov At the place of residence.

There is the concept of an anamorphosis in the art, a special construction that, at first sight, is invisible for the viewer, but at a certain angle, it takes on the shape and the content. This is what happened with Mark Milov ‘s photographs of the street Patorzhinskogo in Dnipro. Collected from different periods and photographer's projects photos have never been planned to use as a separate series, but they find the special meaning in the curatorial gallery project.

In this project, the time has become one of the main instruments of meaning anamorphosis as a metaphorical step back, which allows you to see the whole picture.

The first and the title photo of the exhibition dates back to 1979. It shows the snow-capped descent of the street, along which the children ride in sleighs. The author mentions that he was also that very child who rode this street and that it was possible to drive through two or three quarters in the snowiest days. With time this street became a receptacle of the photographer's memory in that easy and unobtrusive way like any other place, that we pass on the way to study and work year by year. According to Mark, these photos became an "emotion fixing ", they keep personal memories and impressions. And for us, viewers, this is more than 35 years old archive of one street. This is an opportunity to trace on an example of one local area, how some things change with time, while others remain the same, recognizable and understandable.

At the place of residence is a part of the long-term research project made by the Dnipropetrovsk School of Photography and hosted by the ArtSvit Gallery. The main task of this study is to broaden the knowledge of Ukrainian photography from the late 1970s to early 1990s and return the lost names to the actual discourse. 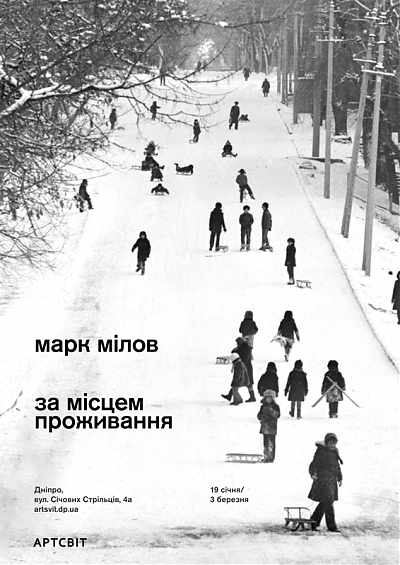