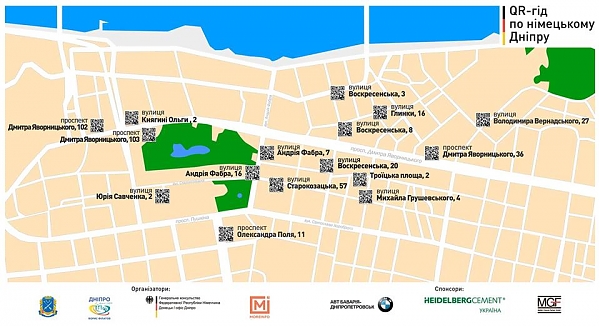 PRESENTATION OF THE QR-GUIDE ABOUT GERMAN DNIPRO

On November 22, as a part of Germany Weeks in Ukraine, the QR-Guide of German period in Dnipro is presented in the Artsvit Gallery. This is an innovative tourist route, which includes 16 buildings designed by German architects. The project was implemented at the initiative of the Consulate General of Germany, in cooperation with the Dnipro Council and the Dnipro Development Agency, with the support of the Dnipro Chief Architect.

A feature of the QR-guide is the fact that anyone can walk on their own in the German track and through the special mobile application learn more about the objects’ history. The application may be useful for foreign guests of the city as it is developed in several European languages.

Historian Valentin Starostin and IT developer Mikhail Dyomshin are going to organize a special tour to familiarize the journalists with the selected objects and the principle of the QR-Guide operation. After the tour, the project participants are going to talk about the features of the QR-guide project, their contribution to its implementation and future plans.

QR-guide about the German Dnipro

The tourist route is presented in Dnipro, which includes buildings designed by German architects. At the sites, there are plates with QR-codes, which lead to the MoreInfo web portal with information about each of these buildings and their architects in Ukrainian, English and German. The opening of the QR-Guide takes place as a part of Germany Week in Ukraine and should serve as an impetus for the creative economy development in the city and attract more tourists. 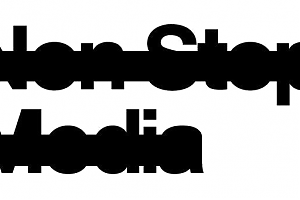 Kharkiv Municipal Gallery announces contest for the 9th NonStopMedia Festival of Youth Projects. Dates for the festival: August 26 - September 9, 2018. The competition accepts artistic projects in any technique and on any subject. Organizers of the festival have only age restrictions for authors - up to 30 years. 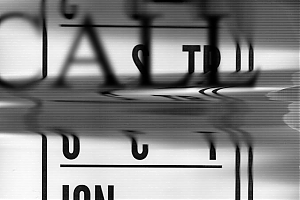 Kultura Medialna announces an open call for artists for participation in the fifth edition of the Construction festival that will take place in June 2018 in Dnipro, Ukraine. The project offers selected 3 participants from EU countries and 3 participants from Ukraine a residency opportunity for conducting artistic research, creating new works and projects or adapt their existing projects for the local context. All works will be presented at the annual international festival of audiovisual art and new media in urban space Construction.