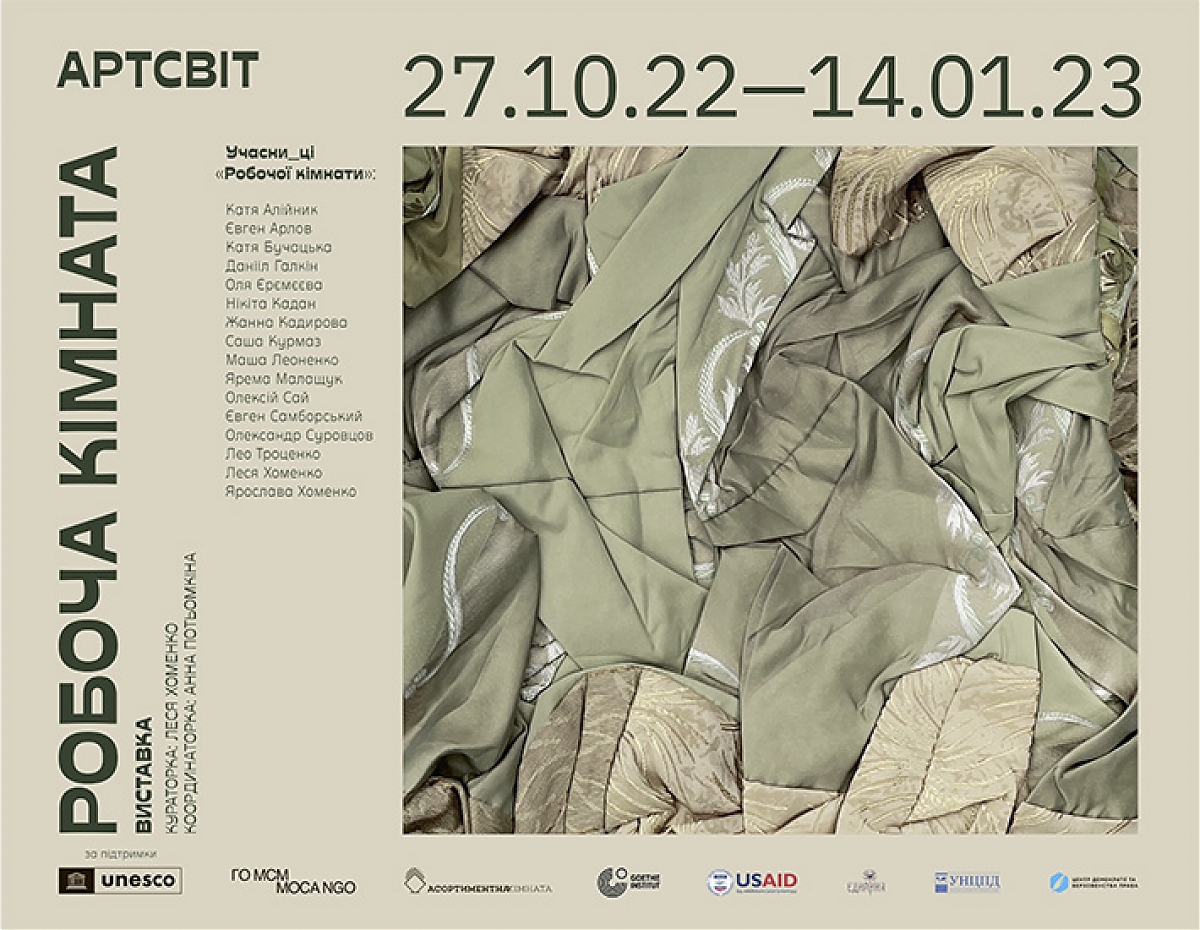 The exhibition is the resulting work of a group of artists who remained working in Ukraine after the full-scale Russian invasion. The artists presenting at the exhibition have united around the improvised residence ‘The Working Room’ (‘Robocha Kimnata’) in the Institution ‘The Assortment Room' (‘Asortymentna Kimnata’) located in Ivano-Frankivsk. After February 24, all residence artists from the central and eastern regions of Ukraine relocated  to western cities, detached from their practice, archives, and contexts. After a few weeks of laboratory work at the residency, and despite minimal mental adaptation, the project spread to other cities in Western Ukraine and expanded to 17 artists. Remaining  in a common workspace in Ukraine, the artists collaborated for three months, opposing their human consternations to develop new methods of understanding the present reality.

The main task of the laboratory was to develop critical thinking, not just to produce an emotional response to the war, which unfolds ridiculously close, both timely and geographically. For this reason, weekly discussion sessions between residency participants attended to images of murdered people and understanding how it will change the framework of "normalcy" in the future. It was essential for practicing artists of the residency to jointly develop different methods of talking about the present - the experience of being at war - in terms of specific artistic strategies, not just theory; this is why most of their personal statements have a common basis. Among the problems the residency worked on, the point of view on the war was critically analyzed:  Who looks at it? How is the viewer looking at the war? What exactly does the viewer look at? These fundamental questions created distance for the artists, allowing them to turn from a fleeing target into an author-subject.

United by the name "Resentment Room" (ʼResentymentna Kimnataʼ), the conversations between participants fixated on developing common methodologies; the exhibition presents the dialogue in separate quotes-slogans taken from the transcript of many hours-long discussions.

The extraction of the discussions turned to the text based installation covering the exhobotion’s walls. Setup of the artworks in the space is based on the logic of the wall text narration. All exposition was done in the way of the text edit.

ʼ‘The Working Room’ (‘Robocha Kimnata’) became a safety zone for us, although, of course, sirens sounded daily, forcing everyone to go down to the basement. Do we watch the war through the screens of our phones, through social networks, through posts of our friends, or do we choose to be direct witnesses of war and destruction? Who is watching — a human, or possibly we can talk about an extra human non-anthropocentric view: the earth, animals, mannequins, objects? We are looking at pits unseen so far, our knowledge of plastic anatomy, which we received in traditional academies, did not presuppose such a radical anatomy, such a "pornography of war". Materiality is very much intertwined with the virtuality of cyber warfare, so at the residence, we preferred to work with physical materials, and with a plastic form,’ — Lesia Khomenko, co-organizer of the residency.

The residency was made possible due to the support of private patrons and foreign colleagues of Lesya Khomenko, thanks to which the first quick fund for the most urgent expenses has been created. The residency was also supported by the following partners: 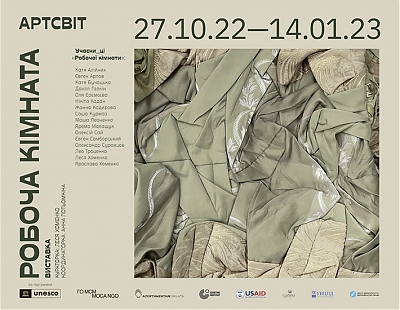