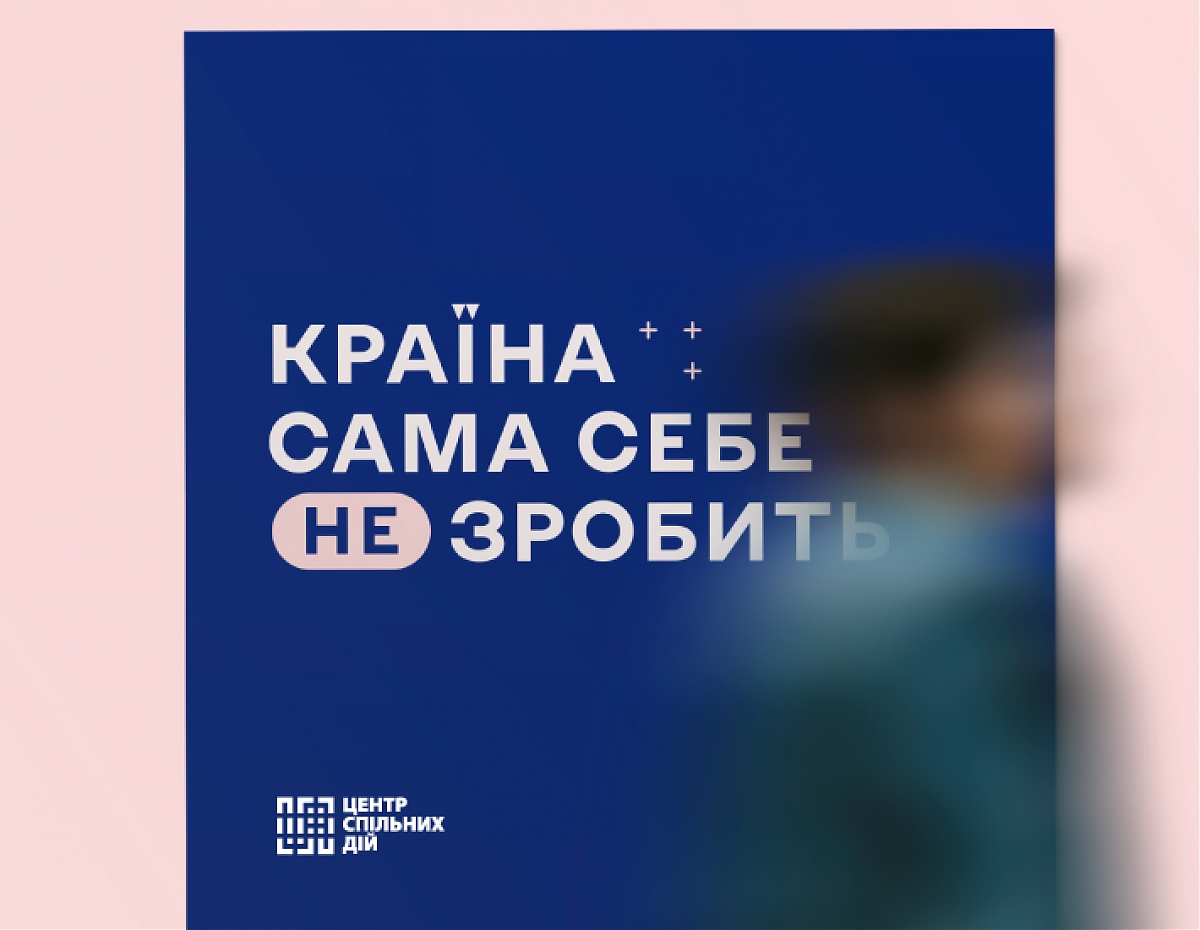 On September 29, we will open an exhibition of posters based on the results of the competition "The country will not build itself" from the public organization Center for Joint Actions.

30 years of building the Ukrainian state gave the Ukrainian people the experience of society's influence on state-building processes. We defended democracy during three revolutions, formed government 23 times in elections, raised a whole generation of people in independent Ukraine, and now are defending our territories in the war with russia. A society with such experience can and should create sustainable and qualitative changes. And for this, we need to build effective democratic institutions over the next ten years. That is why the Center for Joint Actions chose the name of the competition - "The country will not make itself". Because it is about the involvement of each of us in creating the country in which we live.

In total, 236 authors who sent 331 works participated in the competition. We invite you to view 26 posters by authors from different parts of Ukraine.

The participants' task was to answer the following questions in the form of a poster: How do citizens change their values ​​during a full-scale war? How does everyone choose the future of Ukraine on their front? What do different levels of government do to win? What is our role in the reconstruction of the country and the creation of state institutions? What will we do after the war is over, after the election, and every day that follows? How to make the government listen to you? What will Ukraine 2031 be like?

The new exhibition will be held in the third hall of the gallery until October 20, in parallel with the currently exhibition "Like in a movie...".