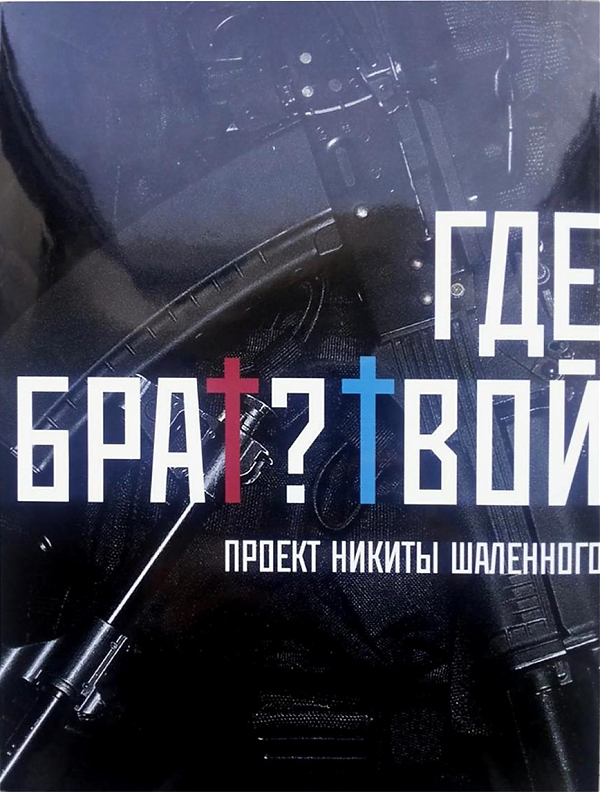 Where is your brother? The project of Mikita Shalenii

GOOGLE TRANSLATE!!! This catalog presents the project of Nikita Shaleny "Where is your brother?", Realized in the ArtSvit gallery from December 13, 2013 until January 19, 2014. In his personal project, the artist focuses the viewer's attention on the topic of conflicts, caused by the desire of one, by force, that is created and belongs to another. This phenomenon accompanies humanity throughout history. It is the appeal to the first conflict between the brothers Cain and Abel, described in the Old Testament, was the key to choosing the name of the exhibition. Today the author carries the biblical question "Where is your brother?" In the modern context.

As an illustration of the consequences of conflicts in the history of Ukraine, from ancient times to the present day, graphic works from the ArtSvit collection are used in a dialogue with production photos with the participation of a real squad of special purpose soldiers. According to the author, most of the artistic images tell of the consequences and rarely about the causes of conflicts. Therefore, the goal of the project is to draw the attention of the viewer to the causes.

The distracting motive of the New Year's holiday is intending to be integrated into the exposition with the help of a new artistic form - traditional Christmas decorations, of which a 13-meter panel was created.